Kelly Rowland Is Expecting A Second Baby: Former Destiny’s Child singer, Kelly Rowland, dropped a huge shocker on the internet today when she announced the she was expecting a second baby.

The singer is married to Tim Witherspoon and the couple are already blessed with a 6 year old boy, Titan Jewel.

The Destiny’s Child star, 39, debuted her bump in a stunning shoot for the latest issue of Women’s Health.

“We had been talking about it loosely, and then COVID happened. And we were just like, “Let’s see what happens”“. she said. 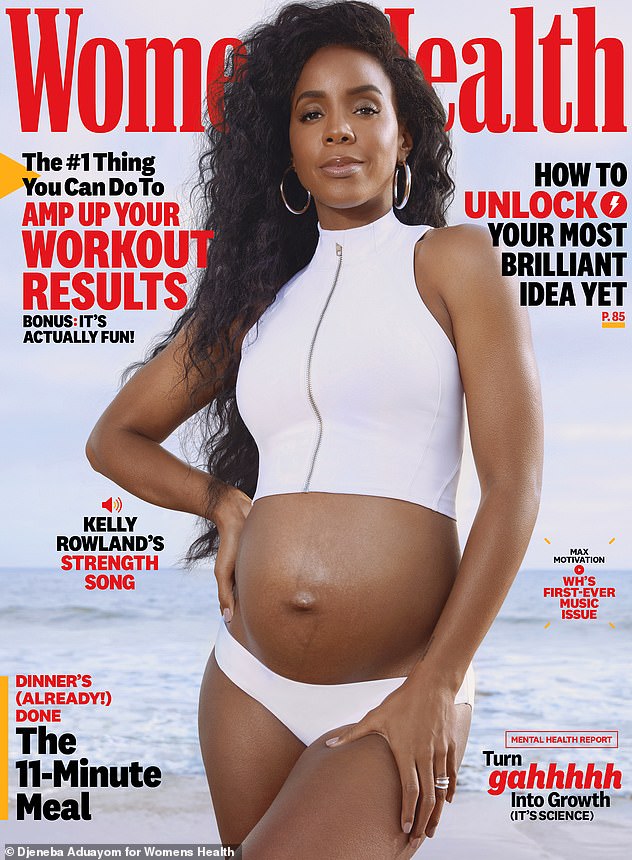 ‘I was thinking, Oh my god, my fans are gonna be so disappointed. They wanted an album first, but they got a baby! And I was like, “I have to figure this out so they get both“.

The singer said she fell pregnant quickly and that their baby is due later in the year.

The superstar, in a recent interview, said she had been nervous to share the news when country is facing the coronavirus pandemic and a ‘national reckoning on race‘.

She said: ‘You still want to remind people that life is important. And being able to have a child… I’m knocking at 40’s door in February.” “Taking care of myself means a lot to me.“

Kelly also discussed the snacks she craves mid-way through her 90-minute exercise sessions, saying: “I am obsessed with sandwiches.“

“A turkey sandwich with mustard and rye and sprouts and onion and sometimes a little avocado… I don’t really count calories. Trust me, there are some days when it’s hard to look at seeds and nuts and fruit when everybody’s got french fries and burgers and Roscoe’s chicken and waffles at midnight“.

We wish her a safe delivery come end of the year.